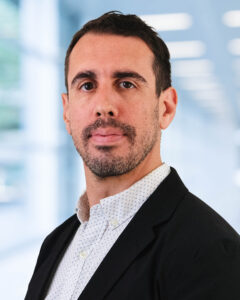 Before joining inThought, Dr. Pearson-Leary worked at Fishawack Health. As an agency-based medical writer, he served as a scientific expert across therapeutic areas, covered conferences, and developed clinical publications and medical affairs materials.

Dr. Pearson-Leary spent nearly 10 years at the Children’s Hospital of Philadelphia and the University of Pennsylvania as a postdoctoral fellow and research scientist. During his time at CHOP/UPenn he used AAV-mediated approaches to study neural circuits in depression and other psychiatric disorders. During his tenure, he led several projects that helped develop and optimize novel genetic tools for studying the central nervous system. He has extensive bench research and analyst experience in gene therapy, rare diseases, and neurodegenerative disorders. Dr. Pearson-Leary earned his PhD in neuroscience from the University at Albany.